(Irvine, California) – Family law attorney Diana L. Martinez and financial professional Tracy McKenney were honored as recipients of the 2017 Eureka Award, bestowed annually by Collaborative Practice California. Martinez and McKenney received their awards at Conference XII held in Redondo Beach, California. McKenney’s award was bestowed posthumously; she served as CDSOC president before her death due to cancer in September 2016. 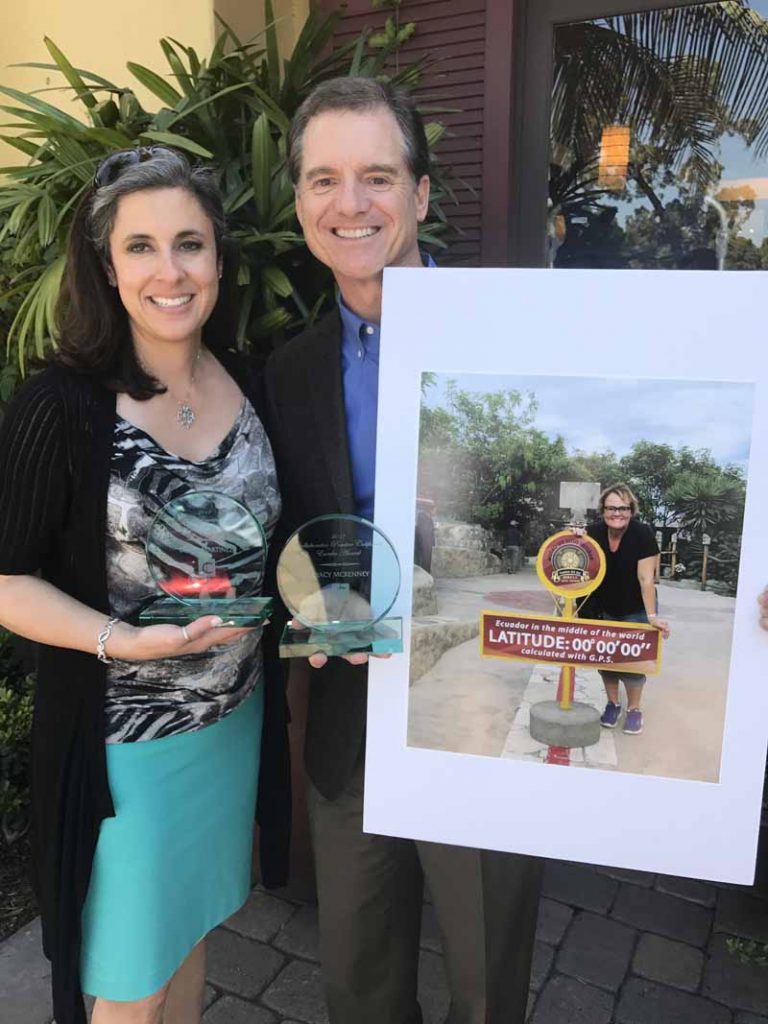 The Eureka Award recognizes and honors those who “have made significant contributions and demonstrated an abiding dedication to establishing and sustaining Collaborative Practice in California.”

Ms. Martinez is a frequent guest lecturer for community Divorce Options and Divorce Recovery programs and a volunteer mediator for multiple county superior courts. Ms. Martinez has served on governing boards of Collaborative Practice regional groups in three counties, multiple statewide Collaborative Practice committees, and is a past president and current board member of CDSOC. Her dedication has resulted in “Super Lawyers” recognition and a perfect 10/10 rating in peer and client online reviews. 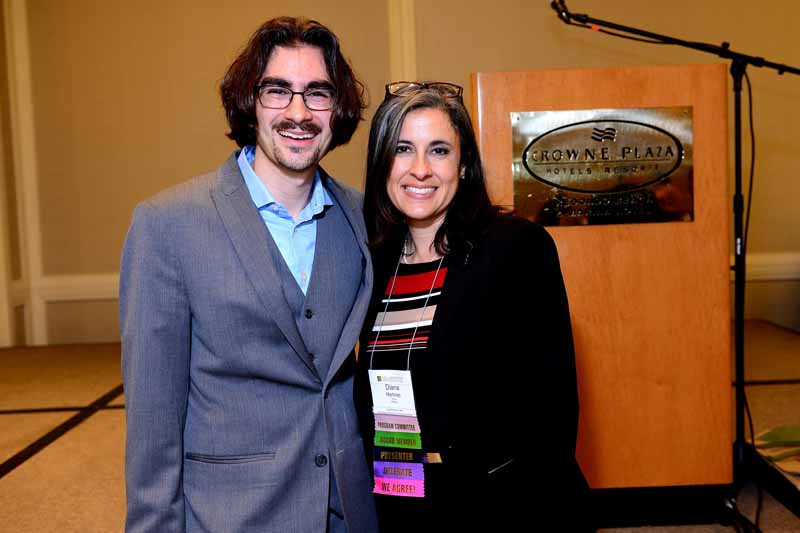 Upon receiving her honor, Martinez said, “it was an incredible surprise, and humbling honor, to receive the award this year; especially to receive it at the same time as my friend and colleague, Tracy McKenney. I’m so fortunate to have connected with those whom I consider as leaders in Collaborative Practice, education, and awareness, including previous Eureka Award winner Carol Hughes, who presented me with my award. I have so much support from the Orange County practice group, and am surrounded by so many dedicated professionals, that it makes it easy to be passionate about this work.”

Tracy McKenney was a Certified Divorce Financial Analyst and Certified Financial Planner with a passion for training and education in Collaborative Practice. Ms. McKenney devoted her professional efforts to helping families during the divorce process make informed decisions. Ms. McKenney helped couples determine how their decisions would affect their family’s future including sending children to college, property ownership, and retirement.

McKenney supported Collaborative Practice as treasurer and later as President of CDSOC. She was instrumental in bringing the “Divorce Options” workshop program into Orange County colleges and guiding CDSOC toward improved training and higher standards of practice. McKenney was a member of the International Academy of Collaborative Professionals, Association of Divorce Financial Planners and the Financial Planning Association of Orange County. 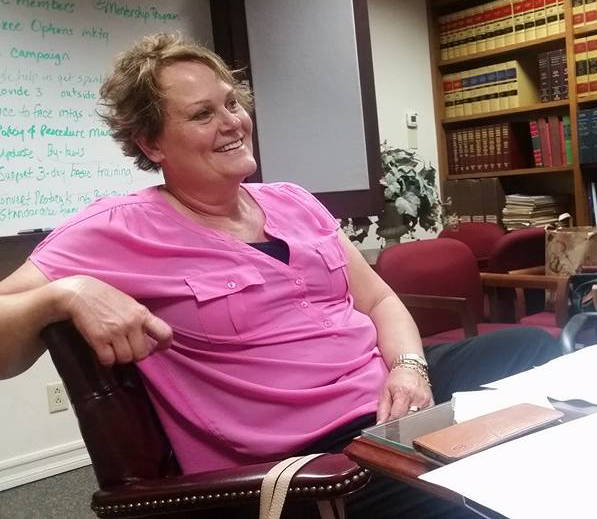 Tracy McKenney at a CDSOC planning meeting in 2016 prior to her illness. Photo: Leslee Newman

McKenney lost her battle with cancer in September 2016 while serving as CDSOC President. Her husband, Scott McKenney, accepted the Eureka Award on her behalf from her colleague and fellow recipient Diana L. Martinez.

“My children and I want to thank CP Cal and Collaborative Divorce Solutions of Orange County for posthumously awarding my wife, Tracy McKenney, with the Eureka Award for her efforts in Collaborative education. I was honored to accept the award on her behalf,” said Scott McKinney.

“At her core, Tracy loved helping people.  It’s what she was all about, it was her calling. Tracy was deeply passionate about the Collaborative Divorce process as a way of getting through one of life’s most difficult challenges in any couple’s life with the least amount of stress and breakage: both family and financially.

“Tracy believed so much in the power of the Collaborative Process, and that it was her mission to spread the word throughout Southern California.  She developed educational classes and led them with her professional teammates at local community colleges throughout Orange County.  Her desire was to educate and raise awareness that there are alternatives to litigation for divorce that reduces pain and suffering for all involved.

“Tracy would be deeply honored and humbled with this award, and I know she is smiling with thanks to be recognized in the field she felt so strongly about and worked so hard to nurture. On behalf of the McKenney family, thank you very much from the bottom of our hearts,” said McKenney.

In her own words, McKenney described why it was important for her to be involved in CDSOC. She said, “Collaborative Divorce represents a significant advancement in resolving divorce respectfully. Going through a divorce is in some ways harder than dealing with the death of a loved one. It worsens when the process is dragged out through contentious, time-consuming and costly litigation in court. In so many cases, couples can avoid the damage of a court battle, even when they aren’t sure they can cooperate. Our approach makes it possible.

“Collaborative Divorce keeps decision-making in the hands of the couple. It spares them and especially their children the duress from an acrimonious divorce, preventing lasting harm, and preserving the family relationships for a healthier future,” said McKenney.

The Eureka Award is not limited to those in any particular practice or career. Previous honorees include members of the core disciplines – mental health, financial, and legal – as well as those who are not licensed in these professions.

The Eureka Award was established in 2006 as part of the very first Celebration of Collaborative Practice in Sonoma, California and actually pre-dates the founding of CP Cal. In its first two years, the Eureka Award Committee chose to play “catch up” and honored several recipients each year. In 2008, the CP Cal Board chose to limit the Eureka Award to three to five Honorees.

Collaborative Divorce Solutions of Orange County (CDSOC) was founded in 2003 to advise couples in Orange County about out of court options to traditional divorce litigation. Our group consists of experienced family law attorneys, licensed mental health professionals, and credentialed financial professionals, all of whom are specially trained in Collaborative Practice, mediation, and conflict resolution. Working under the Collaborative Practice model, the result is a divorce guided with respect and compassion in a non-adversarial way so families can make the best possible decisions about their future.